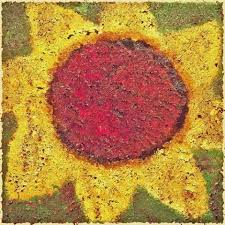 I really hate to say it, but I think it’s time Never Shout Never called it quits. And I hate, repeat hate when bands break up. No mater how much or how little I enjoy the band, it just sucks that they’re letting their fans down. But this album..it’s just letting the fans down either way.

Almost every about this album gets on my nerves. Especially Aeroplane because it sounds exactly like California only with different lyrics. The vocals throughout the album are drawn out to the point where I can’t bring myself to care what he’s saying or even try to pay attention. I can deal with a few slow songs with a nice beat to accompany it but I can’t deal with slow vocals and then fast guitar and drum parts.

Lady Bug is a really well written song, I love the live version they did on their YouTube channel instead of this one. The version on Sunflower is very loud and not in a comforting way. But, I still like the song itself with the romantically sad lyrics and great guitar riffs. Sunflower is just a really depressing album. Not because of the songs, but because of the band. I don’t recommend this to anyone. If anyone wants to find new music, stick to the old Never Shout Never I think everyone can agree that it’s a lot better.