This is a weekly meme that’s for the most part, the same as Song Of The Week except each week there will be for the alphabet/numbers! and it’s going to be updated once a week. This week’s edition is: F! But it’s also the Halloween Edition! 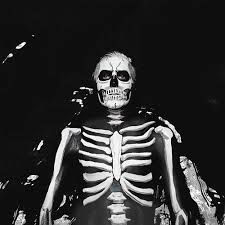 The Maine  is an American rock band from Tempe, Arizona. Formed in 2007. The band was founded by Pat Kirch (drummer) and Garrett Nickelsen (Bassist) when they were still in high school. Even though they’re from Arizona, the name Maine comes from a song by a very respected band called, Ivory. They got their name from their song, The Coast Of Maine (great song as well). Forever Halloween is off of their album, Forever Halloween.

Happy Halloween! Get your costumes out! Try to scare the crap out of little children and most of all! DON’T FORGET THE CANDY! Gosh, how I love candy. Because I do love it. Like, a lot and could probably eat it everyday for the rest of my life if I could. But anyway, this is a song by my favourite band. It’s all about Halloween and going back to a time where you could pretend to be anything you wanted and be a kid.

You can listen to Forever Halloween here.