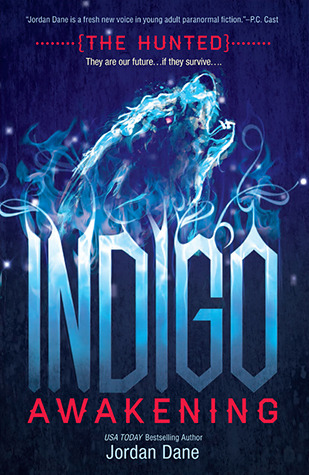 Because of what you are, the Believers will hunt you down.

Voices told Lucas Darby to run. Voices no one else can hear. He’s warned his sister not to look for him, but Rayne refuses to let her troubled brother vanish on the streets of LA. In her desperate search, she meets Gabriel Stewart, a runaway with mysterious powers and far too many secrets. Rayne can’t explain her crazy need to trust the strange yet compelling boy—to touch him—to protect him even though he scares her.

A fanatical church secretly hunts psychic kids—gifted “Indigo” teens feared to be the next evolution of mankind—for reasons only “the Believers” know. Now Rayne’s only hope is Gabe, who is haunted by an awakening power—a force darker than either of them imagine—that could doom them all.

The summary for this sounds a lot creepier than the book actually is. You would think that when some crazy church cult is involved in kidnapping kids, shit is about to get good, right? Well not in Indigo Awakening since it’s just a huge pile of boredom and unoriginality. After the initial excitement that I had upon reading the summary, I quickly started to skim the pages because everything is boring. Luke would have been an interesting character if it weren’t for the fact that nothing other than his odd, vivid look on the world

Jordan Dane tries too hard. She tries and tries to fit in with teenagers today by making her character, Rayne say, ‘LMAO’ out loud (Who says that out loud?) and ‘jacked up’ among other annoying things with the humour being every bit cheesy and forced. What makes the novel worse is the relationship between Gabriel and Rayne because it is every bit complete insta-love. Gabe has been running for so very long but when his eyes stare into Rayne’s, *sighs dramatically* he suddenly wants her and wants to risk everything for her. Because this is what happens in zoos when mysterious boys who call freaky animals out save your life.

I think the only reason I finished this is because I accidentally requested the second novel and I feel the need to give the second one a go before I call it quits.

Indigo Awakening actually could have been pretty decent if there wasn’t so much insta-love and unoriginality in it. I mean, crazy cult people are in it! That should be cool and exciting! Children with freaky powers who see the world in vivid colours in emotions! Crap, that sounds so cool. Unfortunately, I fell asleep multiple times so I don’t recommend this to anyone.

One thought on “Book Review: Indigo Awakening (The Hunted#1) by Jordan Dane”