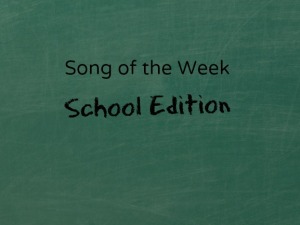 This is a weekly meme that’s for the most part, the same as Song Of The Week except each week there will be for the alphabet/numbers! and it’s going to be updated once a week. This week’s edition is: D!

The Wonder Years is an American pop punk band from Lansdale, Pennsylvania that formed in June 2005. Since their conception, they have released four full-length albums, two EPs, and several splits/compilations. The group is currently signed to Hopeless Records.

The Wonder Years just understand me. They really do, and I think that since so many young adults can relate to them, the can do no wrong. Seriously, if you like this type of music or never heard of pop punk, then listen to them. You might not like this song but you will respect this band.

You can listen to Don’t Let Me Cave In here.