Monsters in the Closet by Mayday Parade

Mayday Parade are an American rock band from Tallahassee, Florida. They came out with their first EP back in 2006 without the help of a label which sold around 20, 000 copies. Since then, they have released four albums and two EPs. Band members are: Brooks Betts (rhythm guitar), Jake Bundrick (drums, percussion, co-lead vocals), Alex Garcia (lead guitar), Jeremy Lenzo (bass guitar, vocals), and Derek Sanders (lead vocals, keyboards, acoustic guitar).

Mayday parade are one of my favourite bands. And if you’ve ever listened to one of their songs, it’s obvious why. They have the ability to lull me to sleep with soft melodies and sad lyrics. Mayday Parade is the go-to band for anyone who’s having a shitty day and need to listen to some sad music. That’s how good they are. Which is why this album comes to such a shock to me and probably to most people. Where the hell are all of the sad, slow and depressing songs that this band is known for? Because to mu knowledge, there’s only one.

It might seem like I pick on bands because they decide to dribble in the mainstream crap, but I really don’t. I only pick on bands that use mainstream stuff too much and with Mayday Parade, the mainstream thing that they oh so love is using “oh, oh, oh” and “la la la” in every song. It also doesn’t help that on top of this, songs Girls, Nothing You Can Live Without, Nothing You Can Do About and Sorry Not Sorry sound overly crowded and too fast for the vocals. Speaking of vocals, on this album they aren’t as prominent as they are on their self-titles album. There are far less high notes and both vocalists sound a bit out of tune with each other.

The one and only slow song that sounds like Mayday Parade is Angel which is actually a beautiful song that has lovely lyrics. Each song starts off with a killer intro especially Last Night For a Table of Two which starts off with a sassy guitar solo that pulls listeners in, Even Robots Need Blankets with a lone piano and vocals, and Hold Onto Me with a duet that starts off sweetly. Songs are easy to distinguish and lyrics are magnificent as always, Monsters in the Closet might be different from their older stuff but it still has the same lyrical tone to it as the other albums and Ghosts, The Torment of Existence Weighed Against the Horror of Non-Being, Even Robots Need Blankets, and Angels prove this.

Of course, with time we outgrow things but I wouldn’t have thought Mayday Parade would outgrow depressing and slow songs. That’s their thing so they shouldn’t ditch it. Nonetheless, this isn’t a complete flop, it’s actually good and I recommend this to listeners that are new to this genre because there’s some pop songs mixed in that will appeal to that audience as well as some emo-rock that will satisfy older fans as well. Maybe with time I’ll learn to love this album and by time, I mean by Oct. 25 because I’ll be going to their concert.

5. The Torment of Existence Weighed Against the Horror of Non-Being-4:11 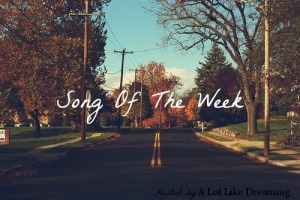 This is a weekly meme that’s for the most part, the same as Song Of The Day except each week there will be a different ‘edition’ and it’s going to be updated once a week. This week’s edition is: Pass The Tissues. Every time. Every time I listen to this song my throat gets a little tight and my eyes get moist. It’s just so sad.

Mayday Parade  is an American rock band from Tallahassee, Florida. They came out with their first EP back in 2006 without the help of a label which sold around 20, 000 copies. Since then, they have released three albums and two EPs. Terrible Things is off of their second EP, Valdosta.

This is a really sad song. No, love story. About a boy and a girl and the terrible things that can happen to someone you love *tear rolls down cheek*. I don’t understand how someone can feel absolutely nothing while listening to a song like this. The first time I listened to it I was in tears.

She said, “Boy can I tell you, a terrible thing?
It seems that I’m sick and I’ve only got weeks.
Please, don’t be sad now, I really believe
You were the greatest thing that ever happened to me”

Slow, so slow
I fell to the ground, on my knees

So don’t fall in love, there’s just too much to lose
If given the choice, then, I’m begging you, choose
To walk away, walk away, don’t let her get you.
I can’t bear to see the same happen to you.

Close The Distance by Go Radio

Go Radio is still on the top of their game. Maybe not as high as they were with their first album, Lucky Street. But it’s the second album that either makes or breaks a band. And with Go Radio, Close The Distance definitely makes this band. They are going to make it big, maybe even bigger than bands that have been playing with each other for decades.

What I don’t like about this album are the things that are the most ‘in’ nowadays with music. It’s been around forever yet, it seems, everyone wants a piece of that, “Oh oh oh,” bit now. And when I say everyone, I really do mean everyone. For some bands and artists, it works (sometimes) but with Go Radio and their songs, Lost and Found, Go To Hell, and, I Won’t Lie the change of tune is sort of sudden and too hard to wrap my head around. Although I like these songs, I just can’t stand this about them at all.

I love the transitioning between the verses’ and chorus’ in all of the songs because they flow so smoothly together whether they speed up or slow down. Everything just fits and goes well together. Many of the songs have easily relatable lyric like, Close The Distance, Go To Hell, Things I don’t See, as well as, The Ending. These songs talk about romance and the old days that everyone can stop and remember about their own lives. This is another thing I love about this band. They can seamlessly relate to people in such a heart-felt way. In the song, Things I Don’t See, there’s a really cool guitar solo that not many bands seem to have. I also like that the band added the right amount of voices/sounds to their songs, Collide, I won’t Lie and Lost and Found that it doesn’t drown out the songs. Instead it makes the songs better rather than took away from them.

Close The Distance isn’t a huge success for me. I feel like the band takes two steps forward and one step back because they grew and matured with their experience and lyrics (sort of), yet, decided to go with a much more poppy sound. I’m not saying that all of the songs should have been edgier and angry like, Fight Fight Fight or Any Other Heart. But, it would have made the album a lot better if they stuck with some punk/rock tunes as well as pop tunes to keep all their fans happy.

Songs On The Album 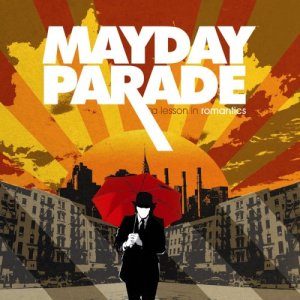 I swear, I’ve heard this song somewhere….Maybe a movie or a TV show? I’m not exactly sure but it makes me want to dance. Especially when Derek Saunders (now lead vocalist of Mayday Parade) screams, “OH MY GOD!” I feel like screaming right along with him. I miss the old Mayday Parade but I love the new MP and Go Radio as well. I think they should do a song together to make the fans super happy.

Mayday Parade  is an American rock band from Tallahassee, Florida. They came out with their first EP back in 2006 without the help of a label which sold around 20, 000 copies. Since then, they have released three albums and two EPs. Black Cat is off of their first Album, A Lessons In Romantics.

Black Cat is a song about How messed up life is because the boy gets the girl of his dreams just to find out that she tricked him and now he’s in love with someone who’s fake. It’s about how sometimes, girls can be really sneaky just to get what they want, no matter what the cost is.

You can listen to Black Cat here.

If you listen to Mayday Parade (another band) and you compare their albums, A Lesson In Romantics and Anywhere But Here, you’ll notice that in A Lesson In Romantics there are two lead singers. In Anywhere but here there is only one. I found out about Go Radio from checking out their Wiki page where it told me Jason Lancaster (one of the lead singers in MP) left Mayday Parade because of some issues with them and started his own band, Go Radio.

Hold On is off of Go Radio’s first full length album called Lucky Street. They’re recording their second album now called Close The Distance due out September 18th of this year.

The song, Hold On is just that. It’s about how tough life is and how we should be grateful for what we have no matter what because, in fact, we all are very lucky. Jason Lancaster is one of those guys who can write an amazing song full of meaning and about his life yet make it easy for other people to relate to as well.

My favourite part is :

You can listen to Hold On By Go Radio Here