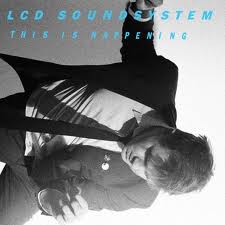 If you have an Ipod/Ipad/Iphone/anything Apple now, you probably have heard of Tap Tap. The amazing game that allows you to listen to your favourite songs and found out about new songs while playing a very addicting game. Tap tap is how I found this song and how I found Fun. The awesome band that has taken over the world thanks to their song, We Are Young.

LCD Soundsystem was an American-based dance-punk band from New York City. It was fronted by American singer-songwriter and producer James Murphy, co-founder of record label DFA Records. The group released three critically acclaimed albums, LCD Soundsystem, Sound of Silver and This Is Happening. LCD Soundsystem broke up during 2011, their final show was in April.

Sometimes love gives us too many options

I’ve heard lies that could curdle your heartstrings

A couple truths, maybe burn out your eyes

You can listen to Drunk Girls here.